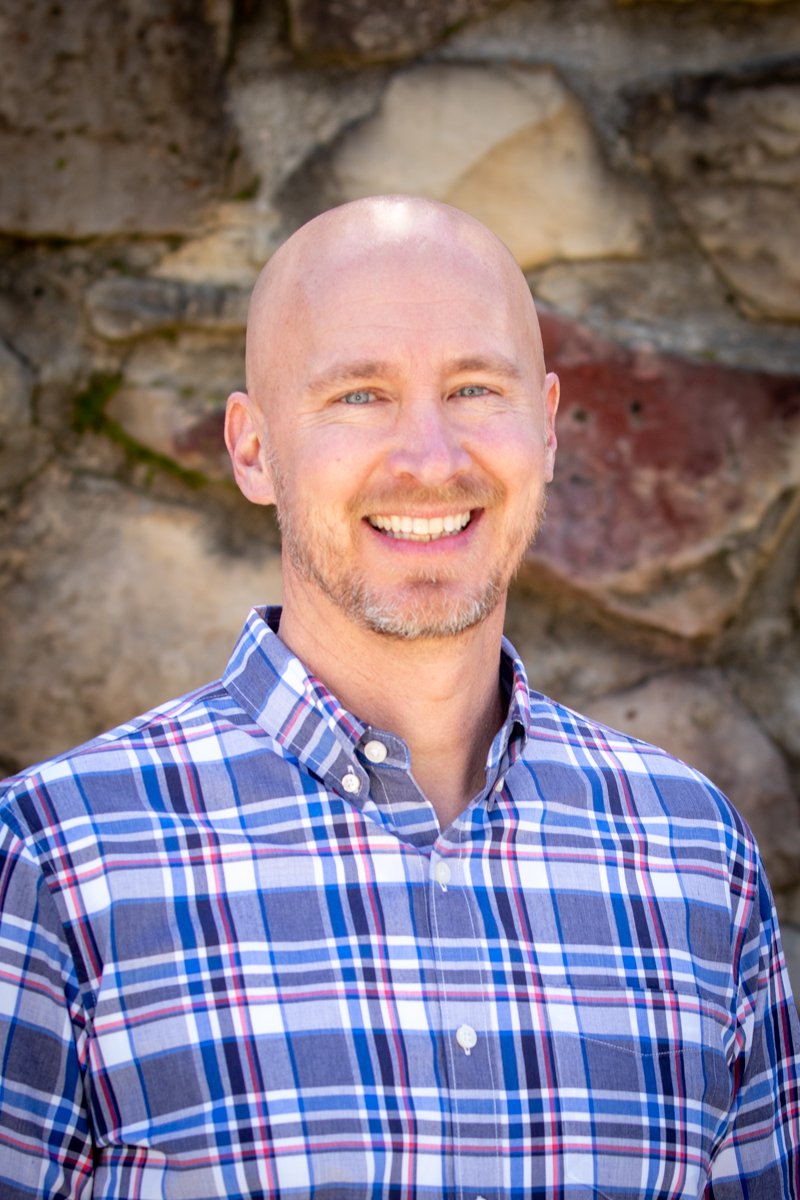 Jason started at Colonial Hills as Lead Pastor in January of 2021. He holds a Master of Divinity from Rockbridge Seminary and has served at churches in Corsicana, TX and Manchaca, TX before coming to Colonial Hills. Prior to ministry, Jason spent several years teaching/coaching and serving in the Fellowship of Christian Athletes. He is married to Natalie, and they are the proud parents of Eli (6th grade) and Ava (5th grade). Jason loves to run, play golf, and fish when there is time! 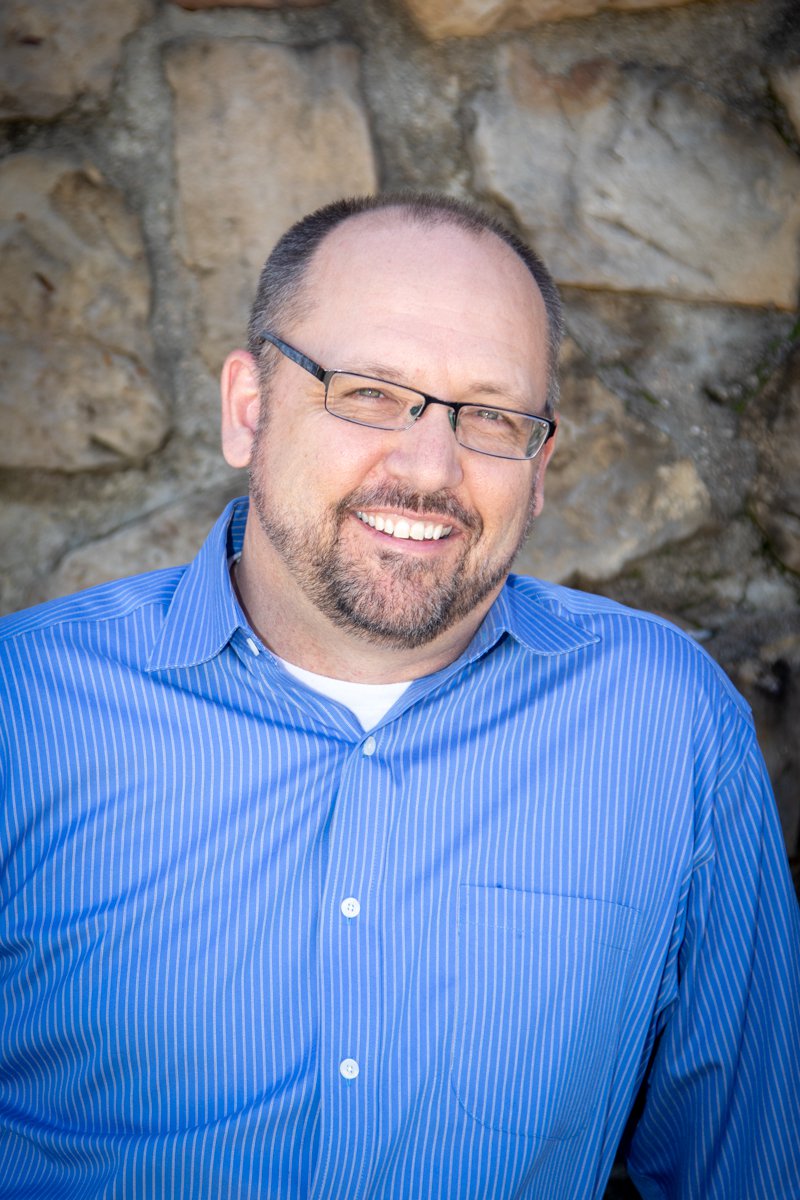 Steve was born and raised in Colorado and came to Texas in 1995 after being called to ministry. God honed his calling while attending East Texas Baptist University and serving churches in Marshall, Texas. While in Marshall, he married the love of his life and Louisiana girl, Shannon Thibodeaux. Their first daughter, Hannah, was born in Marshall. In 2004 he received his Masters degree from Southwestern Baptist Theological Seminary in Fort Worth. During their time in Fort Worth, his family grew with the birth of two children. Annemarie, who passed away shortly after she was born, and later their first son, Marshall. After graduating, they moved to serve a church in Fayetteville, Arkansas, serving there for 11 years. Their fourth child, Wesley, was born. God called them back to Texas in 2015 to begin serving as Youth Pastor here at Colonial Hills Baptist Church. Since 1995, in his marriage and ministry, this one thing HE KNOWS is true: God’s love is an active and present love, and He brings us through every moment, the good and hard, all for His glory! After graduating from East Texas State University (now Texas A&M University-Commerce), he graduated from Southwestern Baptist Theological Seminary. He has had the privilege of serving on staff in seven churches before coming to CHBC where he has served since 1986. Jerry also serves at state conventions by producing meetings and managing technical systems. He has been married to Donna since 1974, and has three grown children, two daughters-in-law, one son-in-law, and eight incredible grandchildren. Jeremy has been a member of Colonial Hills Baptist Church since October of 2004. Jeremy holds a Bachelor of Science in Education degree from Oklahoma Baptist University in Shawnee, OK. He previously spent 15 years in education as a Math teacher, Coach, and FCA Sponsor. He has been involved in the Upwards Sports Ministry at Colonial Hills for the past 15+ years. He is married to Christina, and they have 3 children, Mackenna, Rylee, and Landen. In his free time, Jeremy enjoys sports, the outdoors, coffee, working with his hands, and spending time with his family. Jeremy is excited to partner with the families at Colonial Hills as they navigate the teenage years. Susan has been married to Bill Bumpas for 23 years and they have 3 kids -- Joshua, graduated from East TX Baptist and lives in Marshall TX, Jacob is a freshman at East TX Baptist, and Emilee Anne is in 7th grade.

Susan graduated from Liberty University in 1993 with a BS in Early Childhood Education/Family and Community Studies. She received her Masters Degree at Southwestern Theological Seminary in 1996 in Religious Education specialized in Children and Preschool Family Ministries.

Susan has a rich legacy as a Children’s Minister for nearly 25 years helping families grow and connect with each other and God. She has served in churches in Fort Worth, Arkansas, and Houston. She also has worked alongside those in the Southern Baptists of TX Convention teaching and training teachers to teach the Bible.

Susan's passion is to partner with families to equip them for Christ-centered life both mentally and spiritually as they grow together. She joined the Colonial Hills Family in August of 2021 and is looking forward to partnering with Colonial Hills helping CHBC move forward as a church to worship, grow, minister, and know who God has called our family of faith to be in Him. Aaron has a passion for sharing the Gospel of Jesus Christ and serving in the local church. In 2020, he earned a Doctorate (Ed.D.) in Educational Ministry Leadership from Dallas Baptist University. Aaron has served in numerous roles within the local church. He has also traveled across the nation as an evangelist and public speaker with “The Power Team” — an evangelistic group that performs feats of strength and shares the Gospel with people of all ages. Alongside his ministry service and academic studies, Aaron’s professional background includes over 15 years of Marketing and Design. Aaron is married to his wonderful bride, Emily, and they have three amazing children: Mia, Crater, and Luna. Aaron’s hobbies include playing bass guitar, working out, reading/writing, and drawing! Andrew joined the Colonial Hills family in 2021, and he became our worship leader here after leading worship for over 25 years in various capacities. Andrew puts a high priority on elevating Christ in worship, and we are blessed to have him. He is a graduate of East Texas Baptist University with a degree in Religion. Andrew is married to Kristi, who leads worship alongside him, and has 3 precious daughters. Robin is a Charter member of Colonial Hills. She has been on staff since 1994. Preschool children are her passion. She enjoys every minute of pouring the love of Jesus into their little hearts! She has two beautiful daughters and a spectacular granddaughter. She loves all outside activities! Ralph is the Facilities Director. He is retired from Goodyear Tire and Rubber company after 35 years. He and his wife Deborah have been members of Colonial Hills since 2004. Ralph is also part of the church tech team. They have a son Ralph Jr. and a daughter Alicia.

Ralph and Deborah have 4 granddaughters! Dennis Hurley is a 20+ year member of Colonial Hills and joined the staff after his retirement as a Professor of Political Science at the University of Texas at Tyler.  Dennis is also the current chief instructor and president for the American Bushido-Kai Karate Association, an international martial arts organization that uses martial arts in ministry. Dennis lives in Whitehouse with his wife of almost 30 years Janet. They have two children together, Alyssa and Kaden, both are college students. Dennis enjoys martial arts, photography, falconry, gardening, and working on their farm together. ﻿Michael Curtis is a 20+ year member of Colonial Hills and joined the staff after his retirement as a Training Manager for Adult Protective Services in Texas.  Michael is a certified Master Facilitator and Coach of The Leadership Challenge© and has worked with hundreds of leaders to develop their leadership skills.  Michael is a graduate of Park University, Maryland, and has over 1000 hours of leadership, management, and advanced leadership training.  In his 35 years of work in the public sector, Michael has worn many hats including a soldier, training manager, leadership trainer, certified master trainer, certified cultural diversity trainer, and certified Covey consultant.

Michael lives in Lindale Texas with his wife of 37 years Patty.  His son, Matthew, lives in Fayetteville, Arkansas.  Michael is an avid reader, kayaker, and photographer. Diane joined our staff as a ministry assistant in February 2019. She and her husband, Lonny, were married in 1978 and have three sons and daughters-in-law and nine grandchildren. She enjoys being involved in music ministry and over the years has served as organist, pianist and choir member. She is thankful for the opportunity to assist in ministry behind the scenes at CHBC. 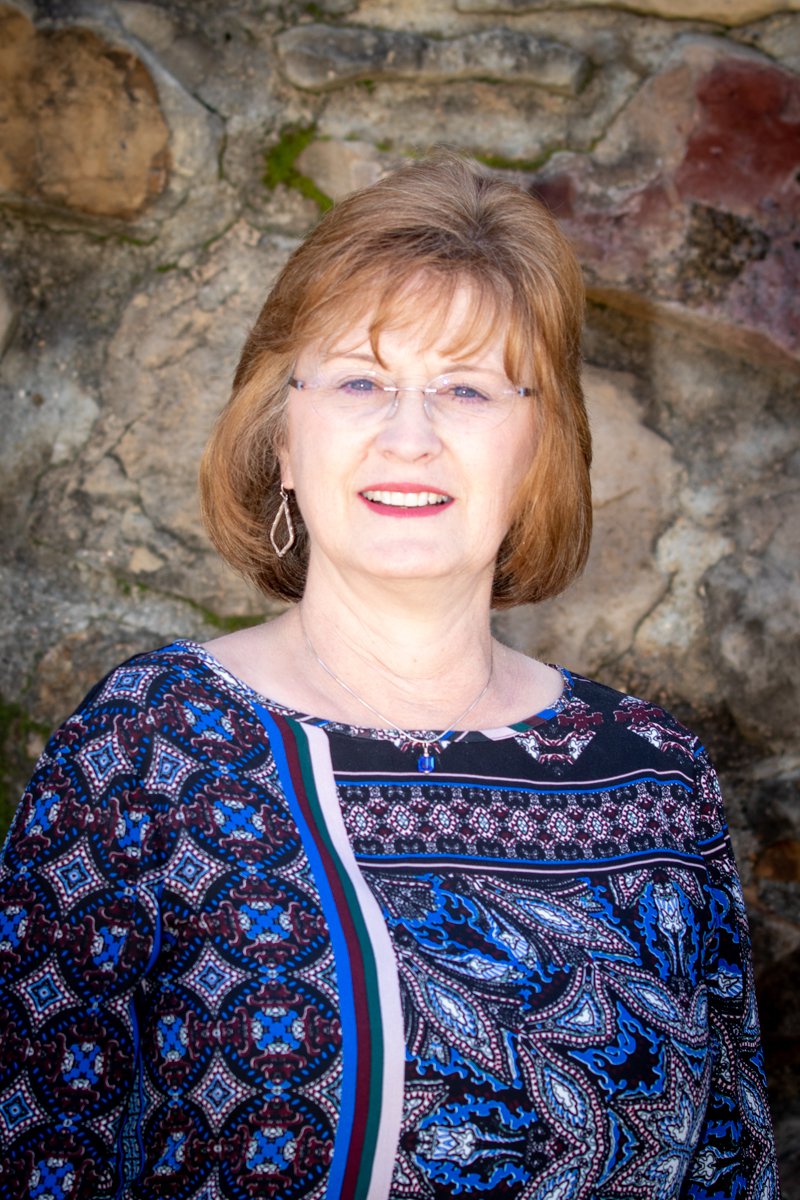 Lisa has been the Financial Coordinator since 2015. She feels blessed to be able to use her accounting skills to directly impact the ministry of Christ, and she loves connecting with and helping the members of Colonial Hills. She has been married to John since 1984. Together they have a son, Natt and a daughter, Julia Claire. Natt is married to Kayla and they have one very precious daughter, Jacy Tate. Since she was a kid, Rachel has been a member of our church and is now raising her own family here! She joined the staff team in 2021. She has been married to Phillip since 2010 and has three sons, Jonah, Rhett, Jasper. Rachel is excited to serve in various ministries such as the Karate and Marriage Ministry. Now in her role as Ministry Assistant, she can influence other church ministries.